Of tribes and terrains, A Hornbill Chapter

When you book with an account, you will be able to track your payment status, track the confirmation and you can also rate the tour after you finished the tour.
Sign Up

Or Continue As Guest

When you book with an account, you will be able to track your payment status, track the confirmation and you can also rate the tour after you finished the tour.
Sign Up
7197

Why Book With Us?

"Of tribes and terrains, A Hornbill Chapter"

Of tribes and terrains, A Hornbill Chapter - (5N/6D)

The history of Nagaland

With no local script, the ancient history of Nagaland is quite unclear. The earliest records of the presence of the Naga people in the region dates back to 1228 CE. However, what we do know for sure is that Nagaland was an independent state without much interaction with the outside world due to cultural barriers and geographical isolation. Life remained fairly undisturbed until the British annexed Assam in 1826 and the warrior tribes of the hills of the Assam Valley (now referred to as the Nagas) came to their notice. Over the next few decades, hostility rose as the people of Nagaland fought hard to protect their land and identity and a series of battles were fought where many British soldiers, as well as Naga warriors, lost their lives.

It was only after the Battle of Khonoma in the year 1879, that the British finally could finally claim control of what is present day Nagaland. The Rupee was introduced and the historic practices of social governance were done away with. The 19th century saw the advent of Missionaries from the West into the region who began the long process of religious conversion of the ethnic communities from Animism to Christianity.

The Statehood of Nagaland

Decades later, the World War II has a huge impact on the peace of the land for a considerable period of time. Even after that, post the independence of India, the people of Nagaland came into friction with the Indian Government as they fought for regional autonomy. These instances of conflict over and over again (British invasion, World War II and then finally against the Indian Army) lead to a lot of the traditional culture, from customs to regional architecture of the land, being burnt away over time.

From the year 1963 onwards, Nagaland was given its own statehood under the Indian constitution. As of today, 17 major tribes are officially recognised in Nagaland. Apart from these, there are numerous sub-tribes that dwell in the state.

Why is the hornbill festival celebrated?

The indigenous communities, though part of one state, are unique in their own ways, whether it be the language (dialect), the food, the attire, or even their daos (traditional machetes). Today, the state proves to be a stunning amalgamation of unique cultures living amidst what is already a beautiful state that is blessed with nature and it’s offerings. We often say that Nagaland is a state that would be hard to cover in a whole lifetime but with Hornbill Festival, this quest becomes much easier. Hornbill is a celebration of the diversity that one of the smallest states in the country offers.

Join us this December to witness the state of Nagaland come alive with colourful outfits, traditional boozy brews, mouth watering food, and a lot of song and dance in the Hornbill Festival.

Highlights of the trip

What is Hornbill Festival and why is it celebrated?

Organized by the Nagaland Government, and known for its lavish and exuberant displays of Naga culture and heritage. It is also called the ‘Festival of Festivals’, is a 10-day cultural fest that showcases the rich and diverse Naga ethnicity through folk dance, traditional music, local cuisine, handicrafts, and art workshops. The festival is named after the large exotic bird because it forms the center of many local folklores.

Why the Hornbill festival is celebrated every year?

The Hornbill festival is the largest indigenous festival organized by the state government of Nagaland to promote tourism in the state. It is celebrated every year for the following reasons:

Where is the Hornbill festival held?

The Hornbill festival takes place in the village of Kisama, which is between the 2 villages named ‘Ki’gwema and Phe’sama’. Kisama is 12 kms away from Kohima, the capital of Nagaland.

When was the first Hornbill Festival held?

The Hornbill festival was first held in December 2000. It is organized by the Nagaland Government to boost local tourism.

What is a Naga Morung?

The Nagas regard the Morung as a key institution, and the heart of their social life. During their time there, the young students learn about social practices and beliefs from their elders. A morung serves as a watchtower for the village, and is built at a high altitude. Members of the Morung, watch over and protect their villages from raids and attacks.

What are the various events I can expect to see in the Hornbill festival?

How many tribes are there in Nagaland? What are their names? Do I get to see them in the Hornbill Festival?

Nagaland is inhabited by 17 major tribes along with other sub-tribes, and they have cultural performances in the Hornbill Festival. The names of the tribes are as follows: 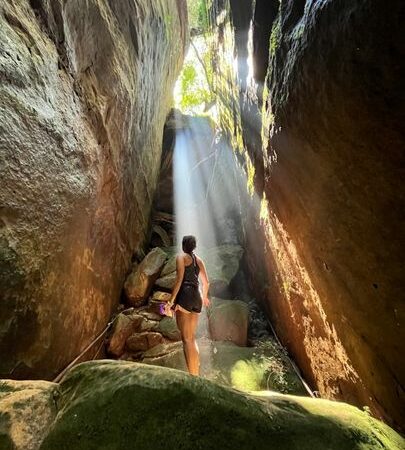 Of ancient trails and hidden caves 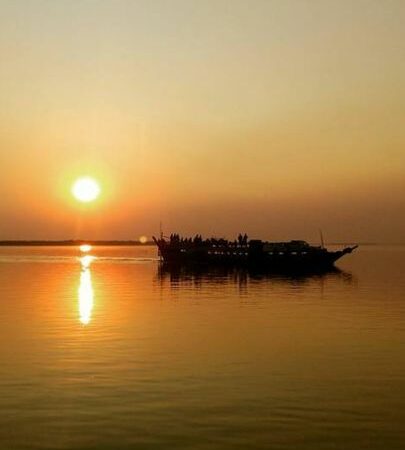 Safaris, sunsets and sips of tea, An Assam Chapter