Of Mountains and Monasteries, A Monpa Chapter (7N/8D)

Arunachal Pradesh has always been one of the best kept secrets of North East India. The remoteness and challenging terrains of the region have helped in retaining the pristine natural and cultural beauty of the region, making it one of the most unexplored destinations in the world.

Prior to the year 1972, all of present Arunachal Pradesh and beyond was grouped into one territory collectively known as NEFA (North East Frontier Agency). Thereafter, till 1978, the region was renamed and considered a Union Territory of India. Finally, statehood was announced in the year 1978.
With nearly 80 percent of this high altitude state attributed to forest cover, one can only imagine the biodiversity that one may find here. From rare birds endemic to the state, to new species being discovered every passing year, all spread across changing terrains based on altitude, Arunachal Pradesh proves to be an absolute treat for the adventurous nature lover. (Fun fact-Arunachal Pradesh harbours the world’s northernmost tropical rainforest and is estimated to have nearly 50% of the total flowering plant species of India).

In terms of the communities that live in the state, there are 26 major tribes that are officially recognised and over 100 sub-tribes, all of whom have their own dialects and cultures (including food, outfits, rituals and beliefs). Hindi proves to be the common language. Many aspects of the cultural diversity of the state remain undocumented till date.

We believe that a lifetime is not enough for one to explore and understand Arunachal in its truest sense. In this chapter, we will be taking you across the western belt of this massive state. The major tribes on this belt are Monpa and the Sherdukpens, some of the warmest people that we have come across. Mahayana Buddhists by religion, the people share close cultural and religious affinities with people from Tibet and Bhutan. It is interesting to note that some of the villages that you will be visiting have even been taxed by Tibetan rulers not too long back. In fact, in the year 1959 when his holiness, the 14th Dalai Lama escaped from Tibet to India, where he now resides, he used this very route to come down to the plains.

A trip not meant for the faint hearted, join us as we take you on a journey up to 16,200 feet and back this winter! 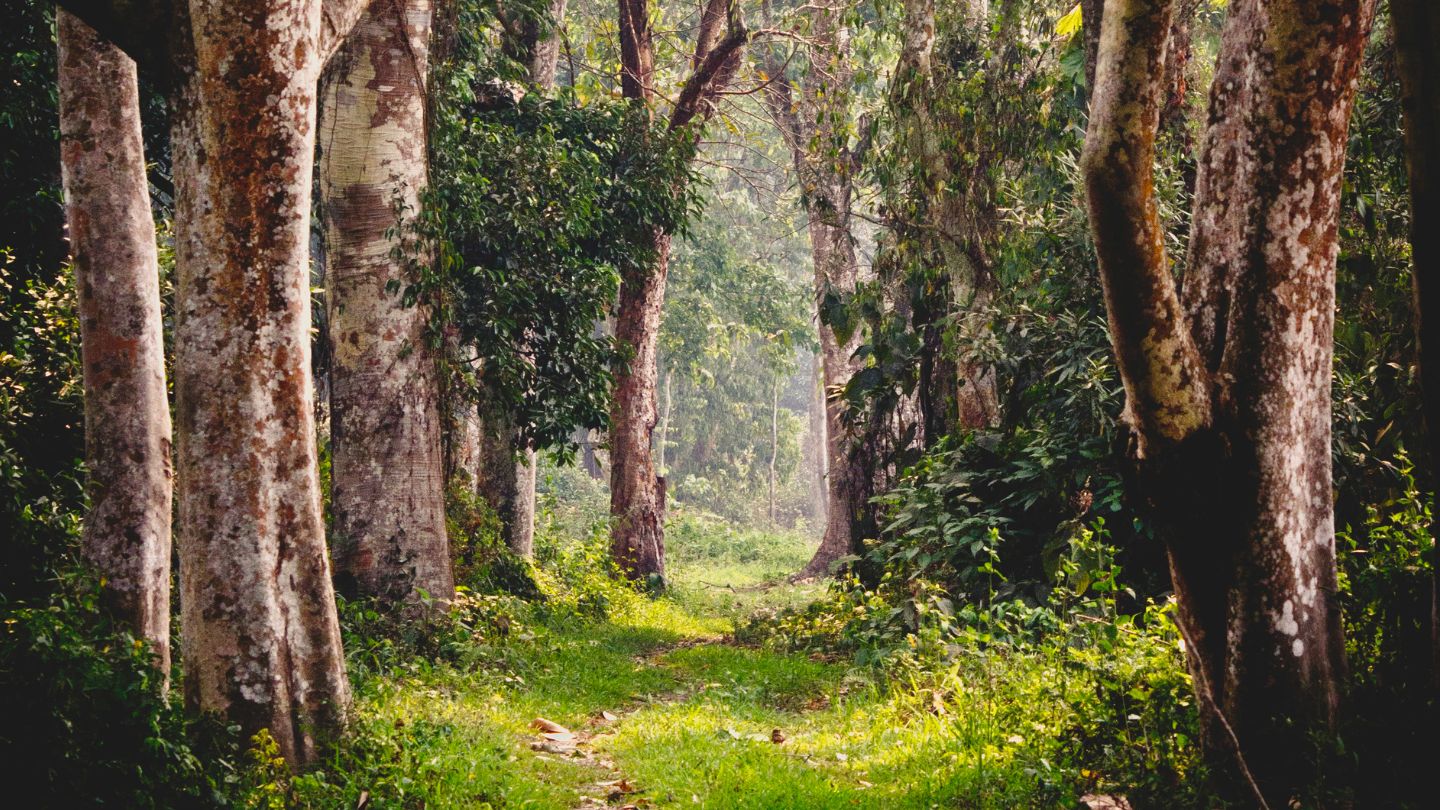 As you land in Guwahati, meet our team at the airport. We will be making our way out of Guwahati by noon – please plan your arrival in Guwahati accordingly.

In the evening, get to know your fellow travellers, as well as our team, as you roast some marshmallows around a bonfire.

A valley hidden by clouds 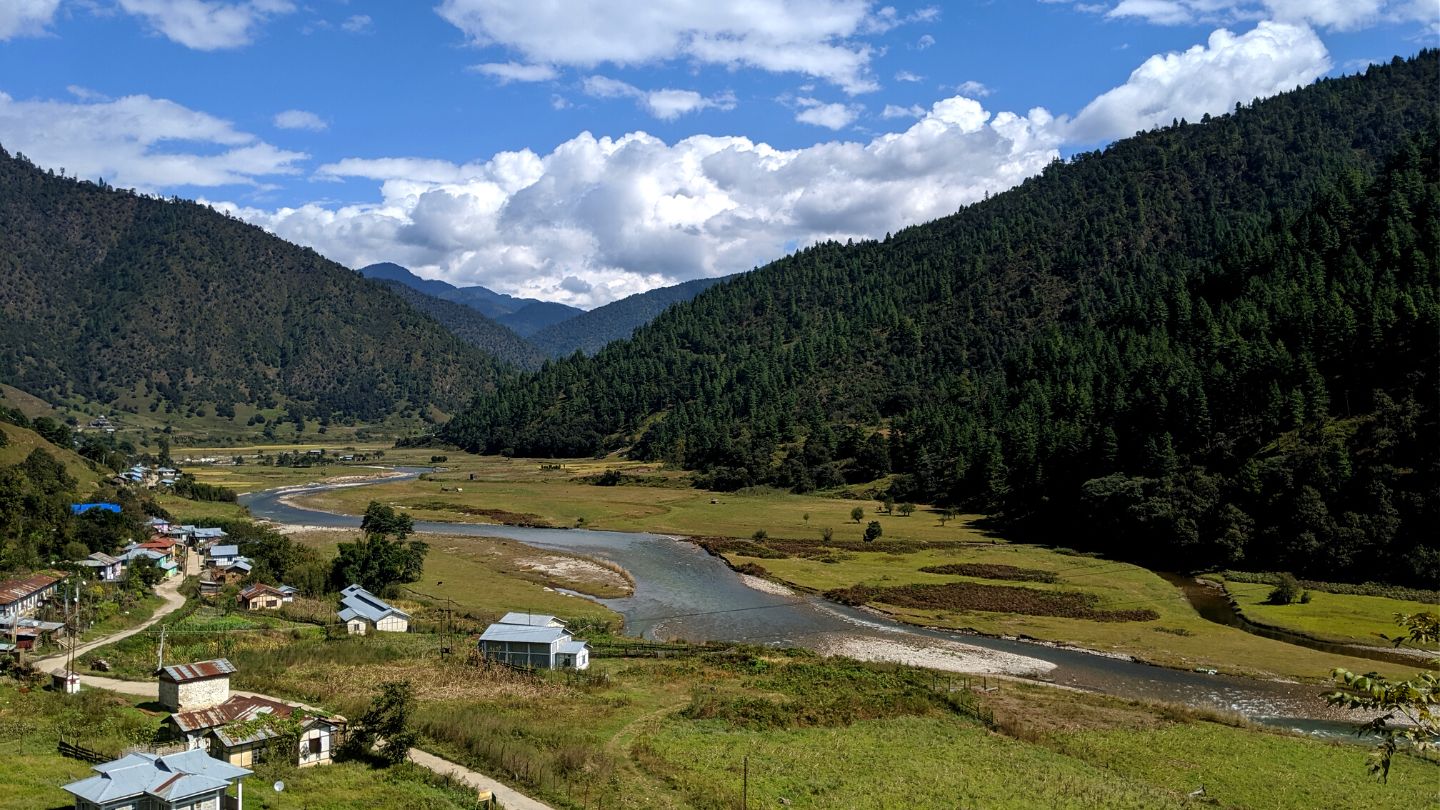 Wake up early for a walk around the forest before you come back to your stay for breakfast. Once done, check out and make your way up to the mountains of Arunachal Pradesh. Your first stop will be at one of the best-kept secrets of the West Kameng District, the Sangti Valley. Sangti, in the local dialect, translates to the village hidden by clouds.

You should reach your stay in Sangti by noon. Once you check in, you can explore the village on foot- It really is a pleasure walking around this village as you pass traditional houses that follow vernacular architecture, with corn and firewood drying by the narrow paths. Visit the 16th century Khastung Gompa to witness a panoramic view of this beautiful valley (look out for the migratory Black Necked Cranes in the winter). Alternatively, choose to laze to the sounds of the flowing water by the meandering river.

In the evening, return to your stay for an evening of leisure. Try a few cups of the local aara as you sit around a fire with your hosts before calling it a night. 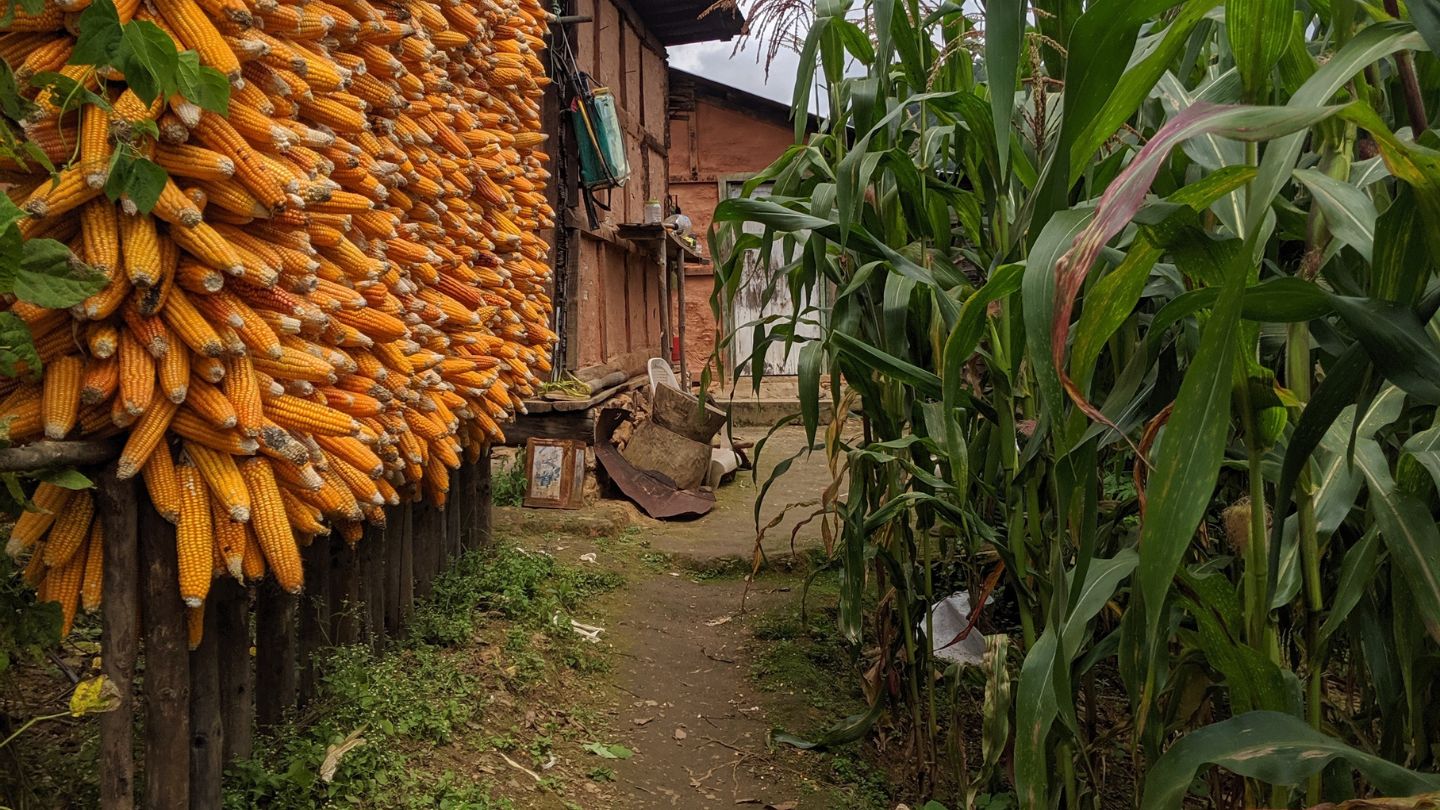 After an early breakfast, our local guide will take you further up to an altitude of nearly 10,000 feet- to the village of Mandala. Walk around the 108 stupas that are built there and learn a little more about the local culture as you absorb the views around you. We will take you on a short walk, following the shepherd’s trail once there. Look out, this village is also know as a birding destination! If you are lucky, you may just spot some rare beauties. Indulge in a packed picnic lunch at a nice spot before you make your way back to the valley.

In the evening, spend time with your hosts learning how to make momos from the masters themselves while you sip on the local brews to keep you warm. After dinner, sit around the fire for a while before you call it a night.

Wake up to the misty valley for an early breakfast. Once done, bid farewell to your hosts as you begin your long journey towards one of the highest motorable passes in the world – one that takes you to Tawang – the Sela Pass. Learn the tragic love story of Sela and Rifleman Jaswant Singh while there. On the way, we will also be stopping at Jaswant Ghar.

Finally, after nearly 5 hours of driving, reach Tawang. Once you check in, make your way to the Tawang Monastery, 400 year old monument with great significance in Buddhist culture, to pay your homage as well as to learn more about Buddhism in the region. You can also explore the local eateries while you are out. Make sure you sleep early- we have an early morning coming up!

Touching the sky at Bum La Pass and the nearby lakes 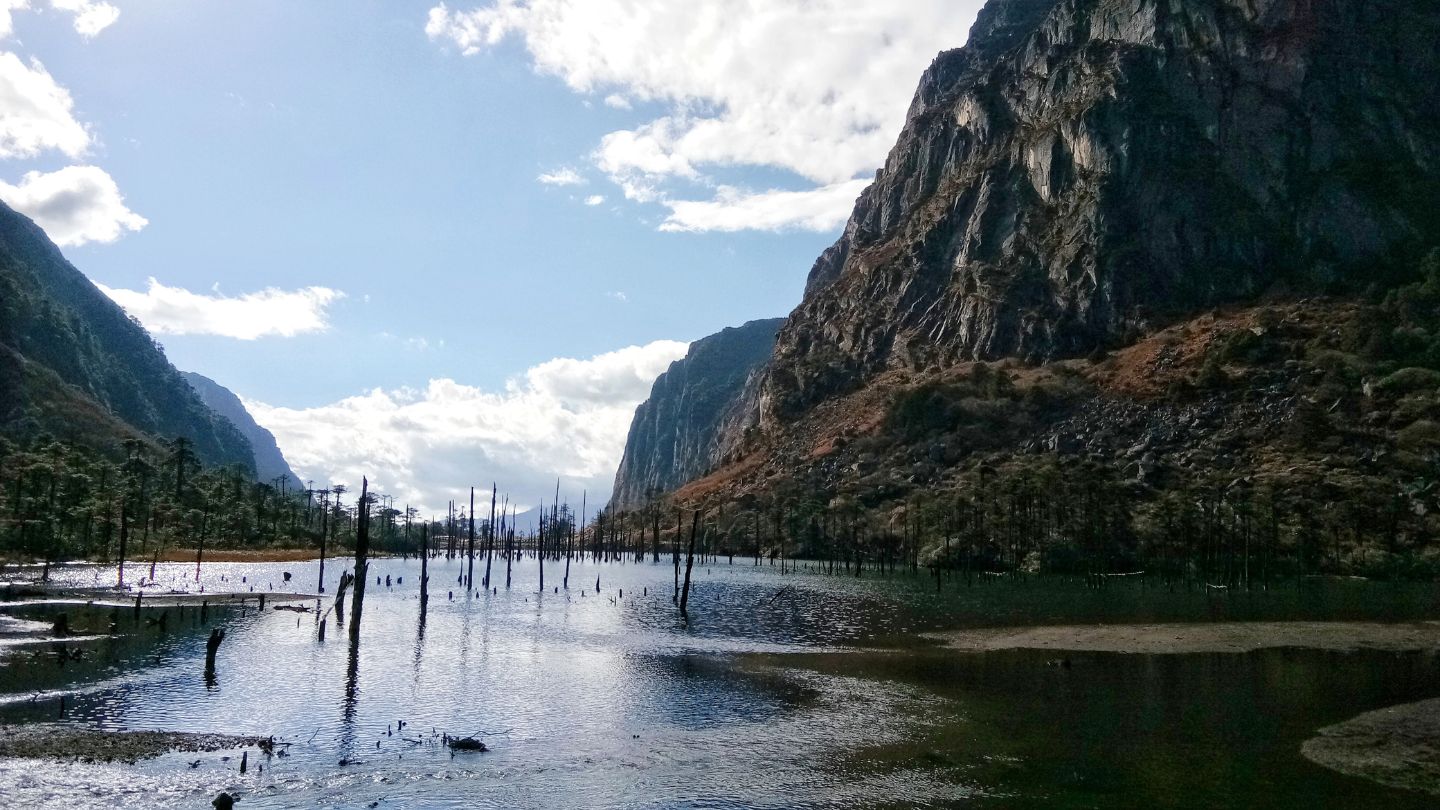 Get ready for one of the most stunning landscape safaris in the world. Today, you will be visiting the Bum La pass, an extremely significant military post for the country of India. This was the very pass that was used by the Chinese army to infiltrate India in the year 1962. Today, it is a heavily guarded post high in the mountains that only Indian nationals can visit to experience the exhilarating beauty of the Eastern Himalayas.

Being a military outpost, an army officer himself will run you through the points on the LAC and tell you about the ways in which this border with the Chinese works. In the distance, one can see the personnel of the PLA looking back at you from their side. Get a hot cup of tea after the briefing before you make your way to the nearby high-altitude lakes (including Sangetsar Tso, popularised as Madhuri Lake, thanks to the movie Koyla), which also happen to hold religious importance to the locals.

Finally, make your way back to Tawang. Once back, if time permits, visit Ani Gompa and explore the local market.

The breathtaking Nurunang Falls and the colourful Nyingma monasteries 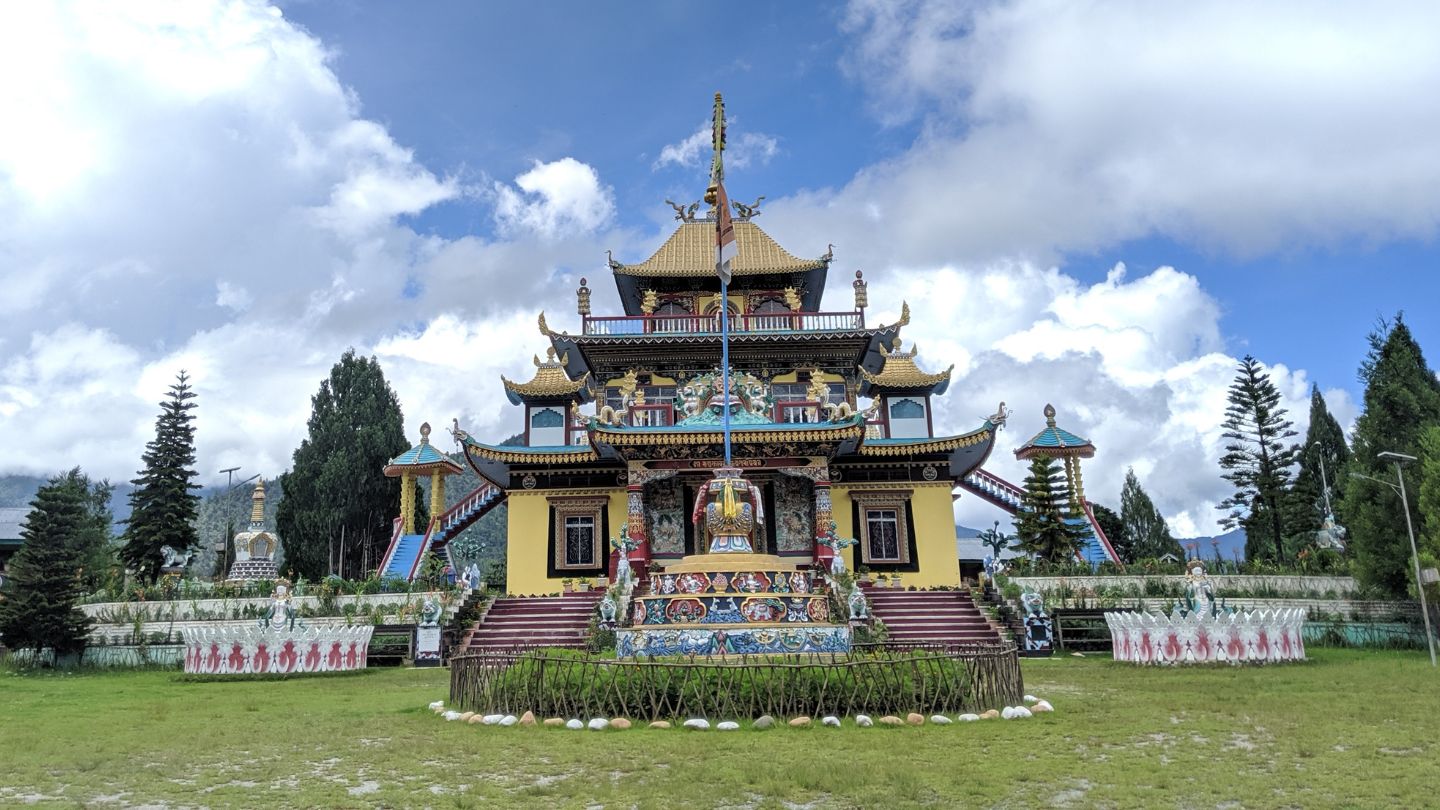 After breakfast, bid farewell to your hosts in Tawang as you begin your journey down the mountains to the quaint village of Shergaon. On the way, apart from the massive Nurunang Falls, we will be stopping at Khinmey Gompa and Chilipam Gompa, some the most beautiful monasteries in the state. While all the earlier monasteries on this circuit belonged to the Geluk Sects of Buddhism, these belong to the Nyingma Sect. One can see a clear difference in the colours and artwork in these monasteries.

If you are lucky, the incense stick factory at Chilipam Gompa will be open and operational. The monks need to walk for days into the mountains to forage for a secret mix of herbs (apparently over hundred of them) to make these local incense sticks.

As you reach Shergaon in the evening, settle into your homestay and get some rest. Get to know your hosts over some local aara and dinner as you sit around a fire to keep you warm.

Wake up and find yourself in a fairytale of a village. If the weather gods are with us, we can expect a nice warm breakfast out in the sun after which we will spend the day exploring Shergaon. Learn more about the Sherdukpen community that prevails in this region. Buddhists by religion, by now you would have come to realise that the people you meet on this belt are some of the warmest you will come across in your journeys across the world.

As with most other villages in the region, the primary occupation of the land is agriculture and you would be amazed by the orchards and farms that the locals look after here. From kiwis to avocados to apples, the local community is truly blessed with the bounty that nature provides them with. Before the day ends, join our local guide as he takes you hiking to a nearby waterfall and natural pool. In the evening, take some time to reminisce on all that you have experienced over the last few days.

Bidding farewell to the Eastern Himalayas! 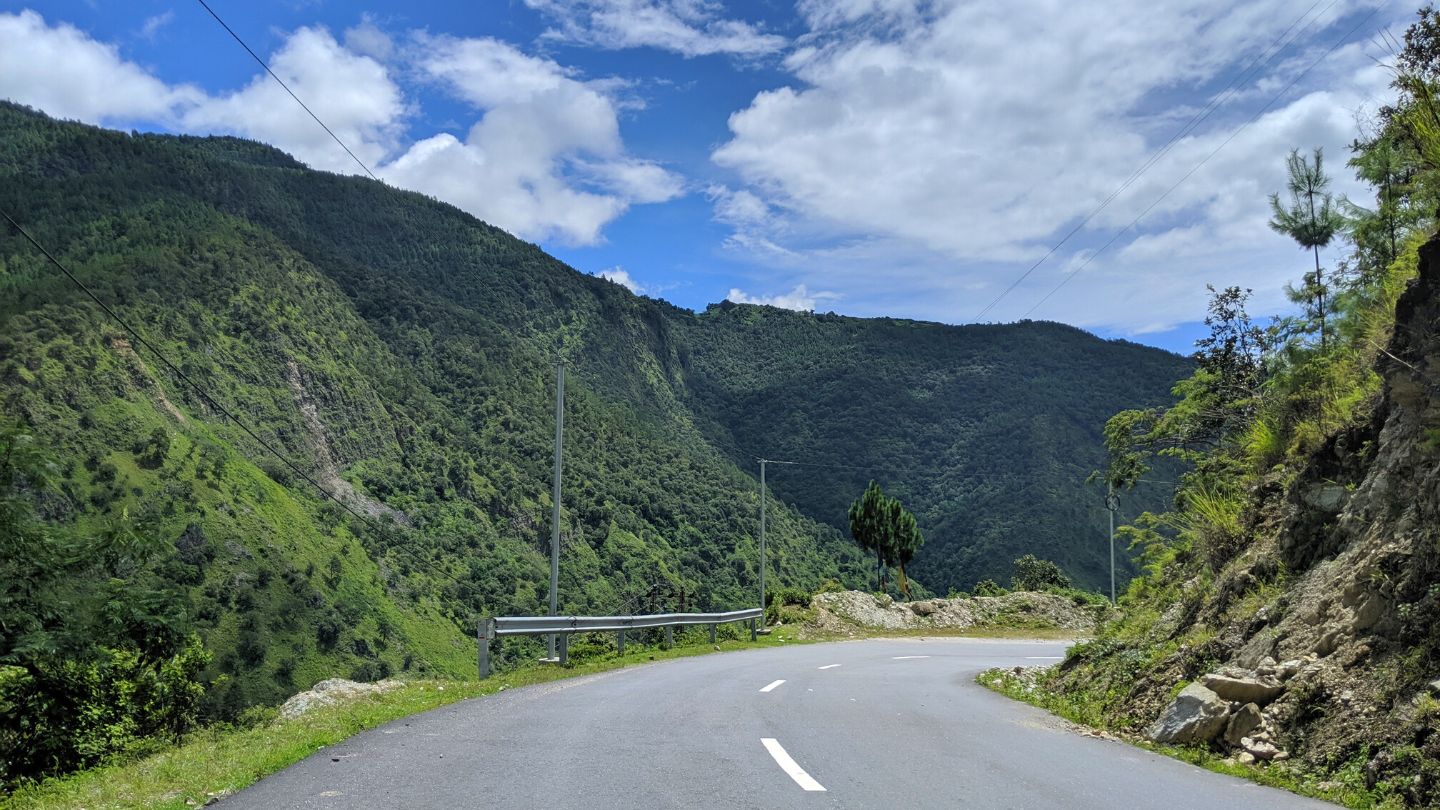 All good things come to an end. Your journey to the mountains of Arunachal Pradesh, the land of the rising sun, finally concludes! Your journey back to Guwahati airport will take you around 6 hours so it would be a good idea to rise with the sun on this last day. After some tea and snacks, make your way back to the plains of Assam. You should reach Guwahati before lunch so you can plan your journey home accordingly.

We are glad you chose this chapter, and we are sure that you will be too. Farewell! We look forward to travelling with you in another chapter soon.